Scotland’s largest city, Glasgow, renowned for its culture, architecture, fashion and hospitality, is an exciting and vibrant destination to a journey of extraordinary beauty. 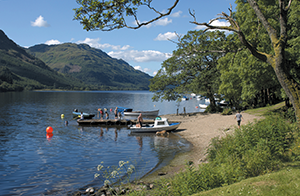 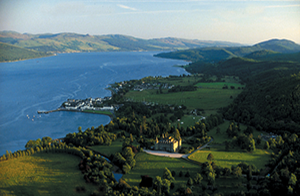 On your way to Glasgow, Scotland’s largest city, you will enjoy a journey of extraordinary beauty. There are five picturesque lochs on the way, each with a character of its own, taking you from the sea at the Firth of Clyde to fresh water lochs in the heart of the Highlands and up-river to the city of Glasgow. Begin your tour at the Holy Loch, which carves into the northern shores of the Firth of Clyde, with its stunning mountain backdrop. The Holy Loch’s deep water and sheltered position, coupled with its strategic importance on the edge of Europe, attracted the US Navy to establish a base here between 1961 and 1992. The narrow tranquil waters of Loch Eck, with its tree-clad slopes, lead you northward to the long sea arm of Loch Fyne, which reaches far into the mountains of Argyll. Leaving Loch Fyne behind, you climb through spectacular glens and by rushing torrents, finally dropping to aptly named Loch Long, another narrow inlet of the sea. Briefly rounding the northern end of the loch to the village of Arrochar, you can look back at the dramatic “Arrochar Alps”. Within a few minutes you will cut east through the hills to the village of Tarbet on the banks of Loch Lomond, with its romantic associations with King Robert the Bruce and folk hero and outlaw, Rob Roy MacGregor. The magnificent Ben Lomond dominates the famous “bonny banks” of Loch Lomond. Soon you will overlook the upper reaches of the River Clyde on your way to the City of Glasgow.

Rich in style and culture, Glasgow, Scotland’s biggest city, is a revelation to its growing number of visitors. Its blend of internationally acclaimed museums and galleries, stunning architecture, vibrant nightlife, fabulous shopping and top class wining and dining prove irresistible. At the heart of Glasgow, George Square and the spectacular City Chambers – centre of local government in Glasgow – are surrounded by lively streets, peopled by shoppers, office workers and visitors, and enhanced by many tranquil, leafy parks. 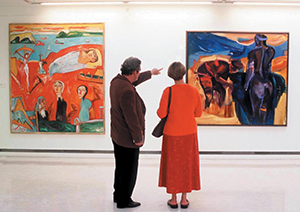 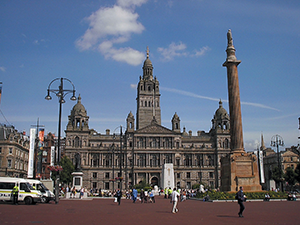 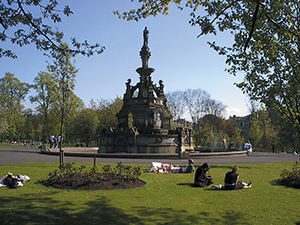 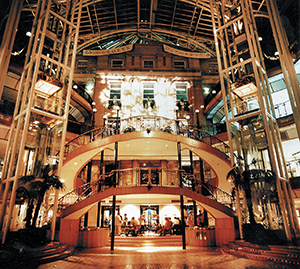